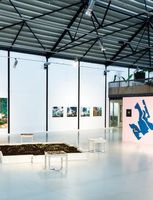 According to the governmental website for the Municipality of Amsterdam, the city is one of the most multicultural metropolises in the world, with ethnic minorities making up 45 percent of its population. It is often praised for its open and tolerant society, where gay marriage, euthanasia, and prostitution are legal, and drug use is condoned. However, the city has an internal dilemma…