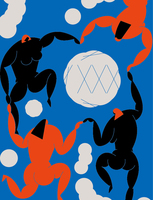 In Australia, the white colonial settler fantasy has historically positioned Aboriginal people at the lowest rung of society. The government maintained this stance until the 1967 referendum, in which Australians voted overwhelmingly to amend the constitution in order to introduce laws protecting Aboriginal people and to include them in the census. This change in the legislation saw a wave of community action across the continent. Having finally been given the chance to oversee our own affairs, Aboriginal communities began to establish housing…