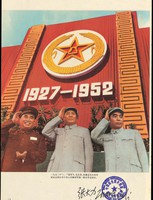 Although the multimedia artist Zhang Dali rose to prominence for his graffiti in the 1990s in Beijing, it was in Bologna—where he lived for a few years following the Tiananmen Square massacre—that he first became exposed to the art form. It was thus fitting that the Italian city’s Palazzo Fava dedicated a museum-sized retrospective to Zhang, one of…