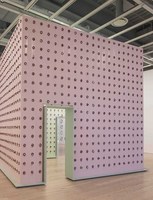 Inaugurating the Whitney Museum’s annual exhibition in 1932, Gertrude Vanderbilt Whitney’s private-secretary-turned-museum-director Juliana Force wrote that the exhibition would “represent in a broad way” the paintings of America. By the end of the 20th century, the Whitney’s institutional omniscience had abated…