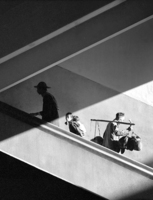 The search for Hong Kong identity, 20 years after
the handover, fuels the city’s creativity

In 1997, on the cusp of the handover of sovereignty over Hong Kong from Britain to China, academic Ackbar Abbas published Hong Kong: Culture and the Politics of Disappearance. Hong Kong culture, Abbas argued in the book, was a “culture of disappearance,” one that appeared only when faced with the threat of its imminent departure. At the time…