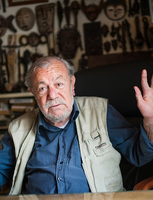 On April 6, artist and filmmaker Wang Bing was announced as this year’s winner of the EYE Art and Film Prize. The award was presented at a ceremony at Amsterdam’s EYE Filmmuseum, and includes GBP 25,000.

Do Ho Suh was announced as one of the recipients of the Ho-Am Prize in late April for his contribution to the arts. Suh received a diploma, a gold medal and KWR 300 million (USD 266,000).

Japanese-born Hiroshi Senju was selected as a recipient of this year’s Isamu Noguchi Award, alongside acclaimed London-based architectural designer, John Pawson. The…