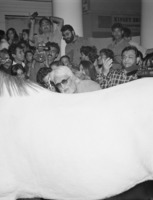 Photography and text by Ram Rahman

A Journey Toward a New India

My parents, architect Habib Rahman and dancer Indrani Rahman, moved to Delhi from Calcutta in the early 1950s. They were both just beginning their professional careers and were part of the migration to the capital of this newly independent nation. Delhi had become the center of a creative renaissance presided over by prime minister Jawaharlal Nehru. The spirit of the “Nehruvian Modern,” exemplified by my father’s generation of architects, went hand-in-hand with…