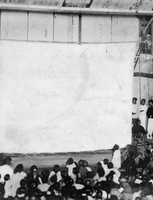 The Taiwanese Cultural Association, in operation between the years 1921 and 1931, was established during the period when Taiwan was under Japanese colonial rule (1895–1945) by members of the resistance, educator Lu Ping-ting and intellectual Chiang Wei-shui. During that time, in 1925, the association launched Bitai Thoan (美台團), a traveling team…