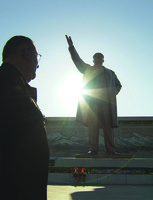 On August 15, 1962, an American GI in South Korea named James Joseph Dresnok took a shotgun, walked across the Demilitarized Zone and defected to North Korea. He was one of four American soldiers who crossed over to the communist state between 1962 and 1965, and if these men were trying to disappear entirely from the face of the Western world, they couldn’t have gone to a…