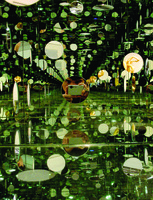 Miami Is Just The Beginning

The following is part of a series of columns featuring unpublished texts written by Jonathan Napack, a former contributing editor to ArtAsiaPacific. It was written in 2005 and appears with permission of the author's estate.

In just three years, the Art Basel Miami Beach Art Fair has established itself as a fixture on the international art circuit and the most important art fair in the Western hemisphere. Few people now…