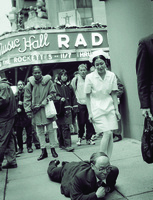 After a year of top-level turmoil, New York's Japan Society has survived to celebrate its centennial. The anniversary comes at an awkward time for the Society, which saw several key employee resignations in 2005. The resignations, including former gallery director Alexandra Munroe (see AAP 49 & Almanac 2) and executive vice president and 26-year employee John Wheeler, occurred when the Society should have been…