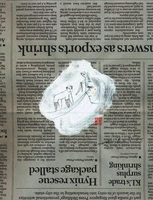 The Door Into Summer:

Art critic Midori Matsui has been at the forefront of introducing Japanese contemporary art to international audiences, but "The Door into Summer: The Age of Mieropop" at Art Tower Mito is her major debut as a curator. Co-curated by the Gallery's Tsukasa Mori, the show illustrates Matsui's concept of"Micropop" in Japanese art from the mid-1990s, which developed out of her critiques of artists such as Yoshitomo Nara, Hiroshi Sugito and…