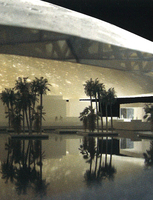 Abu Dhabi’s Massive Cultural Development on Saadiyat Island, a USD 27 billion development off the emirate's coast that has already secured the latest franchise in the Guggenheim Foundation's global empire, added another jewel to its crown with the announcement in early March that the French government had signed an accord with the UAE capital's tourism authority approving the establishment of a Louvre affiliate there. Abu Dhabi will pay $520 million for use of the Louvre's name,…