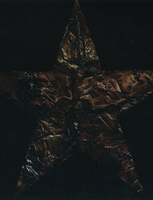 The bubble didn't pop. but you could hear a pin drop, and a few sighs in the room at Sotheby's in New York on March 21 when Zhang Xiaogang's Bloodlines: Three Comrades (1994), sold for a hammer price of USD 1.85 million, or $2.11 million with the buyer's premium, to a private collector from London. Moments later, a mere tittering of applause greeted the arrival in million-dollar territory, following a methodical volley between remote telephone bidders, of…