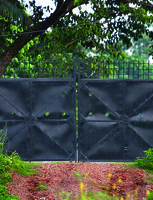 Photojournalist Seized at the India-Bangladesh Border

DHAKA — On June 15, the Indian Border Security Force (BSF) detained Bangladeshi photographer Shahidul Alam after he was found taking pictures of the India-Bangladesh border near Rowmari, India. Alam was held for six hours before being released to the Bangladesh Rifles-- (BDR), a paramilitary force that guards the border, which sued him for illegal intrusion.