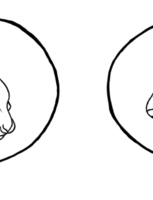 On May 15 at the Hong Kong Convention and Exhibition Centre, Britain’s leading debate forum Intelligence Squared will hold “Finders, Keepers: Cultural Treasures Belong in their Countries of Origin.” To be debated before a live audience of 2000 and broadcast worldwide by the BBC, the topic is described by organizers as “incendiary.”

Increasingly, the world is waking up to its moral obligation to address the legitimate claims of countries that see their cultural artifacts exhibited in overseas museums…