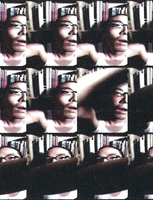 New York's Korean Cultural Service launched its 2006 program with "Moving Time,” an inquiry into the role of time, both as a natural theme of video art as well as one of its constituent parameters. A three part show of 80 international artists working in video, each segment includes work by pioneering media artist Nam June Paik. Upon Paik's death midway through the show…