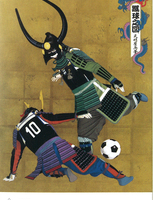 This fall, the six-year old non-profit gallery Centre A re-opened its doors to the public, offering its first exhibition, "Neighbourhood,” at its new home in the former British Columbia Railway Train Station. Located in Vancouver's Downtown Eastside, the gallery will play a role in the revitalization of the historic heart of the city. This area, which includes the city's Chinatown, Japantown, Africantown, Gastown and Strathcona, has been a low-income neighborhood plagued by various hardships through the…