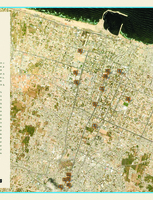 Nine months after Israel’s military assault on the Gaza Strip in late December 2008, the effects, particularly the opprobrium from international leftist circles, were still evident in the second edition of the fledgling biennial ArtTLV. The two original curators had resigned in early 2009 to protest the organizers’ decision to accept Israeli government funds…