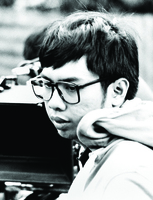 Silent Revisitations of the Colonial Era

Though still only in his mid-20s, Raya Martin has already directed seven films, all of which have received laudatory notices and distribution beyond the film-festival circuit. He has been a regular at the Cannes Film Festival since 2005 and…