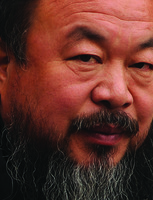 The first half of 2011 has been nothing less than precarious. From the protests that are sweeping through the Arab world with varying degrees of optimism and progress to the devastating earthquakes that hit New Zealand and Japan, in the past four months the global status quo has been turned on its head.

More recently, there was the Chinese government’s unexplained detention of artist and social critic…