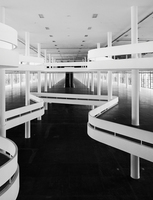 This is the second in a two-part extract from Terry Smith’s recently released book, Thinking Contemporary Curating (by DAP for Independent Curators International, New York). Both parts are available on the AAP website.

Since 2000, the biennial has been widely seen as undergoing…