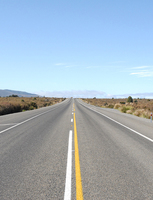 Around the World in 60 Days

As most of the art world in the northern hemisphere returns from their summer holidays, a new season unfolds with a calendar brimming with 12 large-scale festival exhibitions. In Asia alone, eight biennials open this autumn, notably South Korea’s triumvirate—Gwangju, Busan and Media City Seoul—as well as the Taipei Biennial and the Shanghai Biennale.

New and young regional shows include the Beijing Biennale, Riwaq Biennale in Palestine and the inaugural Tbilisi Triennial in Georgia. Further afield is São Paolo—the second oldest art biennial after Venice—along with…