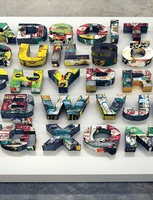 The idea came to Vahap Avşar on an August afternoon in 1996, when he was sitting alone in a studio on West 26th Street in New York, overlooking the Hudson River. He was broke, and the video production company, Two Tsunami Productions, which he and his partner, artist Lexy Funk, had opened six months earlier was…