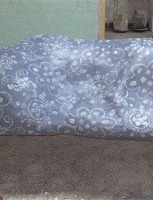 Science Fictions was an international, multi-venue exhibition with works by 17 artists from ten countries questioning the notion of truth as presented in scientific, political and cultural paradigms. It was an entertaining and timely exhibition, in an age where even far-fetched scientific claims are more readily accepted as truth than the political rhetoric espoused by world leaders.

Co-curators Binghui Huangfu, director of the Earl Lu Gallery, Singapore and Manila-based independent curator and critic Marian Pastor-Roces selected diverse works and practices linked by their use of subversion…