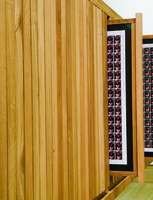 This year marks the fifth anniversary of the US-led invasion of Iraq. In honor of the British victims of the Iraq war, Turner Prize-winning artist Steve McQueen presented one of his most ambitious and moving projects to date, “Queen and Country” (2007), at London’s Imperial War Museum (IWM). As part of a joint initiative in 2003 by the IWM and the…