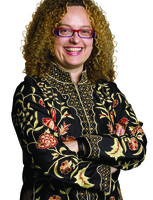 Flying over the stretched cattle-hide of the Australian continent to give a paper at the previous Biennale of Sydney, this year’s artistic director, Carolyn Christov-Bakargiev, had her epiphany for the Biennale of Sydney 2008 (BoS 2008), which opened on June 18. It was by way of Piero Manzoni’s 1961 Socle du Monde, the iron plinth that holds up…