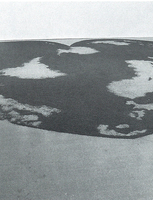 Bae Bien-U is one of the first generation of South Korean photographers to be considered artists rather than mere documenters of people and landscape. Because of the political situation in Korea, there were simply no opportunities for South Korean photographers to develop their own aesthetic until the late 1980s. However, Bae is now thought to be among the best working in the medium. The artist has trained his eye on the mountains and groves of Zenrado…