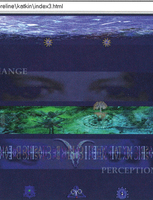 New media for the third millennium

After three festivals, Multimedia Arts Asia Pacific (MAAP) has established itself as a locus, or, more aptly, a node, for new-media practices in the Asia-Pacific region. Under the artistic direction of Kim Machan, the Brisbane-based MAAP emerged as an organisation in 1997 and an event in 1998. It has sought to create infrastructure to accommodate technology-based works, as well as a nexus and dialogue between community, artform and the multimedia industries. In keeping with a collaborative ethos,…