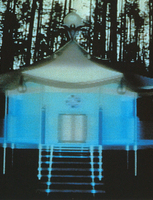 In the past decade or so, anime (Japanese animation)- both an everyday cultural diet of all ages and a special object of obsession for the particular species called otaku1 in Japan - has made significant headway in the West. Pokémon, a recent global phenomenon, seems to have already become démodé, yet numerous animated television series and theatre releases meant for consumption by a more mature audience continue to be either subtitled or dubbed for wider western markets. Two…