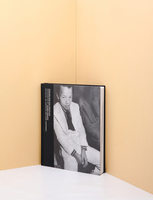 On the Border Between
Love and Hate

On August 15, 1945, Emperor Hirohito spoke to his Japanese subjects for the first time via radio broadcast. The shock of hearing the venerated emperor's voice—high-pitched with stilted enunciation—relaying the news that Japan had surrendered unconditionally to the Allied Forces…