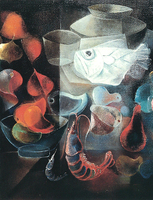 The well-filled space, the well-cut silence

OFTEN enough, the things taken for granted - objects or gestures which have become nearly invisible or unnoticed due to common usage - could be most revealing. As in the case of body language, an off-guard gesture could be more telling than the spoken word. Sometimes, a gesture, in direct contradiction to what was said, could reveal what was really meant.