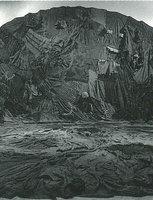 Germany's post-war generation was just awakening to adolescence in the 1960s when the Eichmann trials in Jerusalem re-broadcast the horrors of the Holocaust. Having grown up in relative peace and prosperity, many German youths began to reflect, for the first time, on a legacy that they were too young to bear direct responsibility for, but to which they nonetheless felt themselves obligated. This younger generation was suddenly afflicted by war memory, and the crashing…