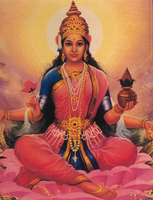 THE ART OF BHUPEN KHAKHAR

Bhuupen Khakhar is one of the most important Indian painters of the last two decades, not only for Indian artists, critics and art historians but for writers and filmmakers as well. He has brought to the Indian art scene a new awareness of its urban environment, of its popular and folk arts. He has drawn from calendar art and late Indian miniatures, and has moulded them to his purpose. At the same time, he has been able to draw from western art going back to the pre-Renaissance period. He…