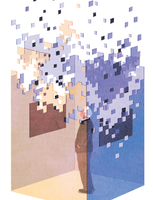 Dslcollection: A Collecting
Project for the 21st Century

In 2005, after almost 25 years of collecting art, my wife and I established Dslcollection after our first trip to China. For this project, we knew from the beginning that we did not want to just amass artworks. We wanted to embark on a "collecting project for the 21st century," with a cultural perspective that reflects two tectonic changes that we are currently experiencing: the rise of China as a superpower, which is altering the face of the…