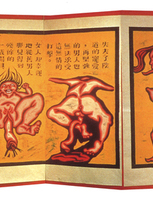 As a country that was once subjected to foreign colonialism, political authoritarianism and cultural repression, Taiwan has been transformed into a bastion of capitalism, democratic ideology and cultural pluralism. Over the past twenty years the island has experienced rapid economic growth, massive industrialisation and increased political liberalisation which culminated in the lifting of martial law in July 1987. While political and economic analysts describe…