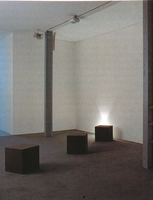 Chinese Arts in the International Arena

Black, Chinese, British-Chinese, Diaspora, Other, Overseas, Alien. These are just some of the labels that were revealed, revelled-in and revoked during the two-day conference "Contemporary Chinese Arts in the International Arena". Held at the British Museum and organised by the Chinese Arts Centre in Manchester, this conference marked a turning point in the acknowledgment, reception and fostering of contemporary Chinese art in Britain.

The conference brought together speakers (academics, critics, curators and artists) from the international arena, and sessions on “Cultural…